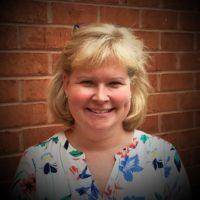 Certifications: Board certified in pediatrics with the American Board of Pediatrics. She is affliated with and has privileges at Anne Arundel Medical Center.

Personal interests and hobbies: Dr. Jobes is married and lives in Davidsonville. She enjoys gardening and her cats. She is originally from New Jersey. She speaks fluent Dutch and has many relatives in the Netherlands.